Last year’s December was all kinds of not fun for a lot of different reasons. So I decided I wanted to make this year’s December a more memorable month for all the right reasons. I also wanted to do something special with the Boy, so when I stumbled upon A Cup of Life’s 12 Dates of December post of last year, I had found my plan!

We gave ourselves some time to think about date ideas. Then one night, whilst watching Firefly (what’s better for setting a holiday mood than some space cowboys?), we each picked and wrote down our date ideas. We could both pick six ideas, without telling each other what those dates would be. I wrote down all the even numbers, the Boy picked the uneven ones.

We added some extra rules:

Although we haven’t started yet, we already know we both wrote down the same date as our first and second date of December. Apparently we’re both really exited about picking out and decorating a Christmas tree! As we never had one before, I can’t blame us.

We wrote the dates down and wrapped them nicely. The process of deciding on the dates and then writing them down, shielding them from each other, was a lot of fun on it’s own. And the wrapping part was quite hilarious, as the Boy was complaining loudly how hard this was. We put the dates up next to our dining table, so they’re one of the first things we’ll see in the morning. Whenever we feel like it, we can pick a date.

The whole process of picking our dates made me very exited to start unwrapping the first one! I’m also very curious what the Boy picked, it almost makes me want to take a peek under the wrapping paper… 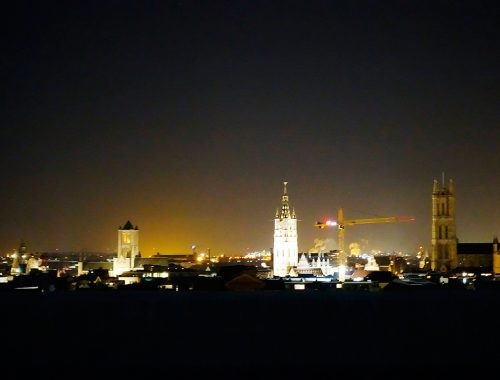 My Week in Pictures