I accumulated a lot of books during the past months, so I thought it would be nice to show you which additions made it to my bookshelf. There are sixteen books in today’s winter book haul, which is quite a lot, but I didn’t buy them all myself. I’ve already read ten of them, so no shame there (either in the past months, or earlier) either.

In October I bought Gestameld Liedboek: Moedergetijden  (Stammered Songbook: A Mother’s Book of Hours) by Erwin Mortier. I still haven’t read it, but it’s been on my mind ever since I bought it. I want to read this book very, very soon. And I’ll probably cry my eyes out, because it’s about Alzheimer’s, which will hit home.

I also bought The Name of the Wind because it was on sale and I’ve heard so much about this book. This book also has been on my mind ever since I bought it and I’d planned on starting it by the end of January, but I’m still stuck in All the Light we Cannot See.

I’ve also been on a huge Harry Potter kick these past months. It all started with my listening to the audio books and then watching the movies again, so when I saw a Harry Potter shirt at Primark I couldn’t contain myself. I’ve been practically living in this Hogwarts t-shirt.

In November I went to the Boekeneurs and only bought one book. I wanted to buy more, obviously, but Bol.com gave me a coupon while I was visiting, so I decided to buy the other books online. Yes, I’ll buy just wherever they are cheapest.

The book I did buy is called Vuil Vel (literal translation: Dirty Skin), a book of Flemish folk/fairy tales, which are apparently pretty gruesome. I also got the book signed by the author and the illustrator (who put a nice stamp into it).

Next I bought Shoot! with my online coupon, which is such a well designed and good looking book! If I wouldn’t have found it interesting, I would’ve just kept it because of the graphic designer goals it gives me. I do like it though! It’s easy to understand all the information on photography Anki gives and I like the way she starts of with giving information on the different topics you can photograph and ends with the technical bit about cameras. If it was the other way around I would probably have quickly stepped away from the book because “too technical”.

Being on a Harry Potter kick, I couldn’t say no to Rainbow Rowell’s newest release: Carry On. This book is basically Rowell’s own version of the fanfic she integrated into her other book, Fangirl. This fanfic is loosely based on the Harry Potter story’s (an orphan chosen one, a school of magical learning,…). I already read Carry On and I really liked it. I wasn’t blown away, but as far as young adult fanfics go (Twilight anyone?) I thought this was a very decent story, with lots of original elements, a cute love story and an ending that is not too cheesy.

To stay in the Harry Potter world: I also got the complete collection of Harry Potter books in Dutch from my mom for Sinterklaas! This was such an awesome present! As a child I shared the books with my brother and I left them at home when I moved out. So now I finally have my own collection!

I also couldn’t say no to the new illustrated edition of Harry Potter and the Philospher’s Stone, especially when I saw it for sale online. I’m all for buying books in local stores, but if you can save almost €30 on a book (and buy another one with those savings)…. The illustrated edition was really worth every euro I spent on it, because this is one pretty edition! I really love the illustrations, the way they create so much atmosphere! I can’t wait to rediscover Harry Potter this way.

In December I bought my independent bookshop book at Boekhandel Walry, a cute bookshop in Ghent. I bought the hardcover edition of Oblombov by Ivan Gontsjarov. Oblomov is one of the first books I never finished reading. I was still in high school and the translation was done in the eighties and made reading this book so tedious. I tried a couple of times and never made it past page 40. I still want to read this book though and now I can on my own time.

At the Boekenfestijn at the end of December I bought a signed edition of Darren Shan’s Birth of a Killer. I read the Cirque du Freak series a couple of years ago (although I stopped two books before the end because I had to give them back to the friend from which I loaned them) and I really liked them at the time, so I’m curious how I’ll feel about this series.

I also bought a very pretty (Dutch) edition of The Ocean at the end of the Lane (De Oceaan aan het Einde van het Pad) by Neil Gaiman. The dust jacket was printed on pearly paper which gave the cover a nice sheen, while the cloth cover was dark blue and very glittery with and embossed bucket printed on it. So I ignored my rule of buying English books in their original language and bought this pretty edition.

The last book in this haul is also a present. It’s Tijdlijn (Timeline) by Peter Goes. Peter was my mentor for my CREARES project last year and by then he was already working on this book. I really liked his drawings back then and this book is absolutely awesome. The illustration style, the history facts, the little jokes you can find in the drawings,… That’s why this one made my list of 15 books you should gift (or keep for yourself).

That’s it for this book haul! I still have a couple of books I bought in London and I got for my birthday, but I didn’t want to make this post crazy long. Have you bought any books recently? Is there a book listed here that you’d like to see a longer review off in the future?

The Martian: Page vs Screen 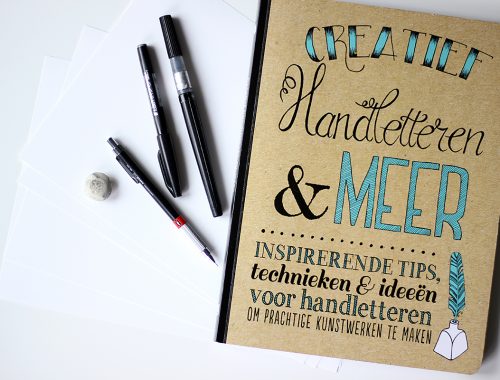