Every two weeks I post an overview of the last two weeks in pictures. After a slow start the first week, I had a week with quite some good-looking photos. I hope you’ll enjoy this Last Week overview.

I made myself a Keeping Things Clean monthly to do list and I’ve used it religiously ever since I’ve printed it out. I really like this weekly overview of household chores and I love how much this list is helping me to finish them all.  So yes, becoming a real adult!

I’ve used Instagram a lot for promoting blog posts these last weeks, but I’m trying to make it not too obvious in the photos I use. These linked to my Verbeelding Book Challenge update (a post I think fell trough the cracks of the internet :p) and my Desk Tour blog post.

Last Week I dusted off my sewing machine and made a couple of cushion covers. One went really well (see picture above), on the second one I spent way too many hours and then I had to rip out all the stitches because it looked awful. In the end I went from a pillow case with an invisible zipper to one with a very exposed zipper, like the first pillow case I made. Which is also nice.

I decorated some coffee mugs this week, which was a project I was planning to do for ages! To be honest, I even had to buy a new mug because I broke one of the mugs I bought originally… After three days I hand washed the mugs in hot water and (#bummer) the marker came straight off the mug with the bubbles. The other one held up OK and I’ll use it to test it in the dish washer, which will probably ruin it. That’s one of the things that happen when DIY-ing and it’s also very frustrating, because I spent quite some money on the porcelain marker and it’s not keeping up it’s part of the bargain.

I’m normally not one to put a lot of food photos on Instagram, but when our homemade pizza came out of the oven, it looked way too good to not snap some pictures. It tasted even better than it looked! It was our first time making pizza and I think this is a recipe we’ll be trying again.

After a week of cleaning, making food, sewing,… the urge to draw, draw, draw became even stronger and I gave myself the permission to draw all day on Saturday. Normally I start to feel guilty after an hour, because I’m not doing anything more useful, but not this time. I painted and coloured until my fingers hurt and I still wanted to go on. Which is an awesome feeling! So next week, I think I’ll give myself at least an hour a day to just draw. ^-^

How has your week been? 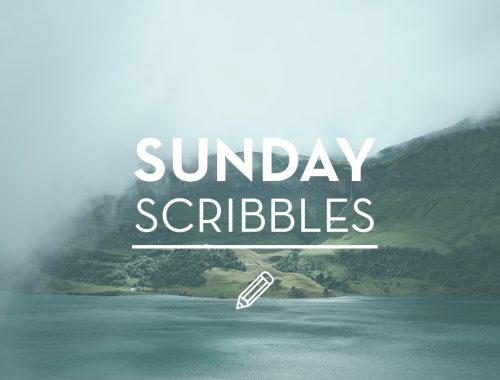