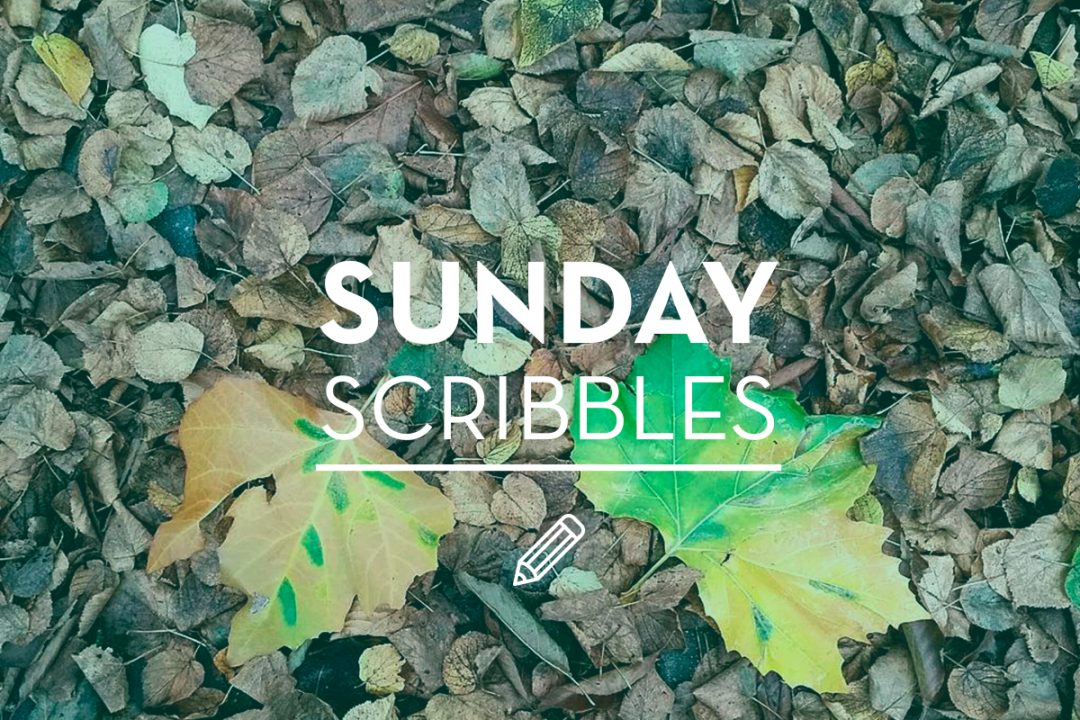 Wew, I took my time to write this second edition of Sunday Scribbles. I wrote and rewrote a dozen versions over the last three week I think, but I finally managed to finish it! This time I wrote about life (again ;)), the American elections and my plans for the rest of November.

Nobody told me it was going to be difficult.

(If they did, I wasn’t listening)

The past fortnight I was really conflicted about my work situation. It basically went between staying or leaving. Not an easy decision to make, especially when at the same time I had to say goodbye to two lovely colleagues who left. Having such a hard time deciding completely stressed me out, which obviously made things worse. Try making a right decision when all you want to do is rest, because you drained yourself thinking about this problem every moment you’re awake. I drove myself (and the boyfriend) almost nuts. In the end, after way too much talking and thinking, I decided to stay. I felt like I wasn’t done yet.

I gave myself some “buts” though. I’ll stay, but I have to work on making my job into something I’ll enjoy more, into something I can push myself more in. I’ll also need to be more vigilant about the frustrations I had before. And I need to start working on personal projects again. Just by making this decision, I feel re-energised, which is a good thing. And if it was the wrong decision, I’m sure I’ll look back on this and realise I’ve learnt something.

I can’t write this Sunday Scribbles and not mention the Great American Clusterfuck, can I? I woke up early Wednesday morning, turned on Twitter and saw that Trump had won. After turning off my phone I tried to sleep some more, which obviously didn’t happen. I felt all day that this was a sad day for the world. How could a sexist, misogynistic, racist with bad hair an an orange tan have won? Are people that desperate not to see a woman lead? (I obviously know it’s more complex than this, but still, this also played a role)

In the evening I spent some time in the bath tub (my thinking spot) and saw the disbelief and the anger in the creative community I follow on Instagram. But I also saw a lot of people willing to fight, willing to voice their opinions and willing to work on positive change. And then I saw this quote of “Still I Rise“, by Maya Angelou. And I felt the fire burning. There is still hope, we can still work on a better world, but we better start, before this fear and hate also strikes in Europe (more than it already has).

I’m taking this week off (& started well by making bread pudding in the long weekend), to figure some things out, especially considering a few personal projects I want to set up. One of those new projects is a new blog. I know, I’m barely keeping up with this one, but it’s part of a bigger plan, so I owe myself a shot. If you’re interested in graphic design, illustration, art supplies,… keep an eye on Studio Maddy, this week I’ll put my first post live.

I also want to work on my self confidence this month (which seems such a stupid thing to write down), but I’m fed up with feeling not “good enough” all the time. I bought Gala Darling’s Radical Self Love Bootcamp when she was doing a sale in September and although the mails come in every week, I haven’t done anything with it. So instead of doing a 30 day drawing challenge, I’m challenging myself to spend more time on myself in November (& December). I’m not sure I’ll blog or post on social media about this, but if I should send out a picture with #radicalselflove, then you know what’s going on.

Thing I loved this week

What are your thoughts on the American elections? The ongoing debates about diversity made me very aware how privileged I am. I’d like to broaden my perspective, so if you have any tips (movies, books, articles, poetry,…) that would help (I’m already making a list of books), please leave them in the comments below (or anywhere on my social media, or e-mail me).